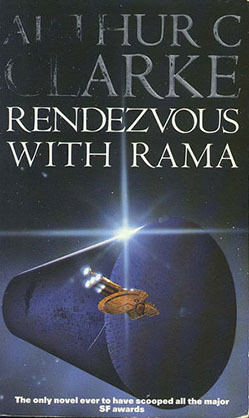 I’ve had a long relationship with Arthur C. Clarke, even though he writes with an approach to structure and characters that I would find disappointing in another author. Most people are familiar with him as the writer of the book 2001: A Space Odyssey, which is a story that the film version has been more successful and held in higher regard. That famous trippy third act that brought the space baby into the world isn’t entirely part of the Clarke vision for the story, Clarke writes hard science fiction with an eye toward the transcendental and brings his characters into the shadow of the enormity of solving space travel problems that take generations to fix or in contact with alien artifacts with origins and purposes. Humanity is always written as being dignified in its approach to solving problems that dwarf them but not perfect. In Rendezvous With Rama Clarke brings humanity face to face with a scientific and archeological mystery when massive, dead, and hollow alien structure drifts into the orbit of the sun in the 22nd century. Dubbed Rama after the Hindu deity a generation earlier when it was thought to be just another large asteroid, Rama is revealed to be a huge black cylinder, twelve miles in diameter and 31 miles long, that is about 3,500 cubic miles of hollow spinning alien equipment waiting to be explored before its orbit takes Rama too close the sun for human observation.  The closest scientific space mission has to drop what they are doing and without warning have to conduct the first and probably only human exploration of an abandoned alien object.

Rama is a short book, it ramps up almost episodically as the novel goes on and the crew penetrates deeper into the hollow alien world inside of Rama, Clarke presenting one great scientific or engineering problem to solve after another he slowly reveals the mind of an alien culture through the crew’s struggle to comprehend the purpose of every building, stairway, and sea in an artificial world constructed by and for beings no human has ever or maybe will ever see. Several times while reading I kept coming back to how much Clarke’s story of mankind’s encounter with the mind of beings unfathomably different from ourselves reminded me of the same technique employed by H.P Lovecraft to tell terrifying and unique horror stories. For Clarke the fear, the raw sense of wonder, and brain teasing puzzles presented by the Ramans sets the stage for human beings to master their fear, risk their lives, and work to catalog everything about Rama to add to the archive of human knowledge with the confidence that we will one day figure out what the purpose of this dead space ark was. Lovecraft would present an alien mind so unfathomably different, and set the limits for human understanding of these beings beyond the cognitive capabilities of sane rational people that would reduce anyone to crazed fanatic or a permanently traumatized wreck. Both of these storytellers are not really in the business of depicting an alien mind to his readers, these are stories of the human response to circumstances out of our control that at their core are subjective states of existence, paradigms for the depiction of the human mind. People can live in the sphere of wonder, regarding the new, the secret, the esoteric questions as being the call to adventure, the adventure of our responsibility to expand the truth in the belief that the unexamined life is not worth living. They can also live in the parallel sphere of fear, of paranoia, of the nauseating feeling that this uncanny part of existence is not for mortal men to tread, and that we should be so lucky to live without the lifelong condemnation that is knowing  not everything is here for us to just be another game.

One of the great point so similarity between Clarke and Lovecraft is their shared depiction of the alien mind as indifferent. In Rendevous With Rama every human character in addition to trying to understand what this thing is is also wondering what they want with us. The human character both on the crew of astronauts inside Rama and the mission control council of scientists from the Earth, Mars, Moon, and Mercury slowly cave to the notion that the makers of this object want us to find it, or want to settle in as a artificial colony planet, or that even this is the biblical end times and the new rapture, as 20th century cult leader Marshall Applewhite “Last chance to evacuate planet Earth before it is recycled.” This tension, this creeping anthrocentric bias that creeps into the story and the minds of the characters has one of the most effective payoffs a story like this can have, something that I hesitate to reveal without a spoiler warning. Rama and everything in it are totally indifferent to life in the solar system, the anticlimax is the climax. After all the tension at the end of the story wondering what they will do if they get too close to the sun ends in a pit stop. Rama was just here as part of their multi million year voyage to refuel and keep on whatever course they charted, its as though the prospect of stopping and making contact with interstellar neighbors wasn’t even worth attempting. It ends in cosmic indifference in the same way the Old Ones of Lovecraft stories are indifferent to human affairs. 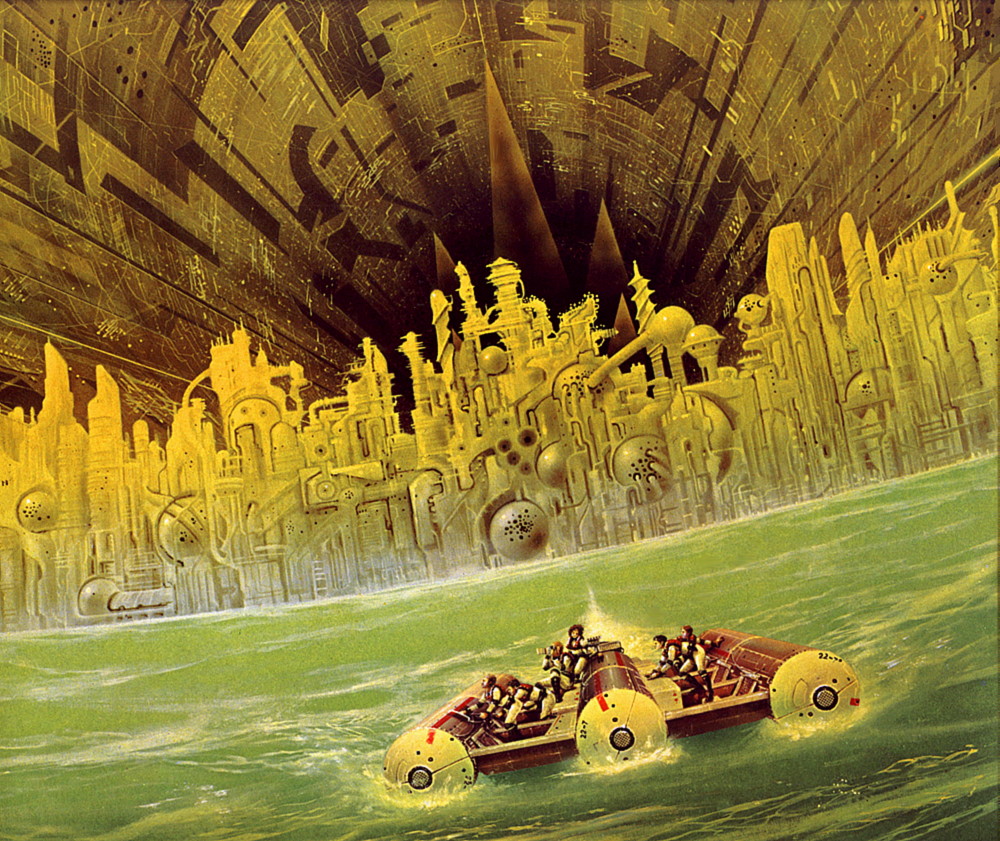 Its might be the Clarke book I’ve read, better than the later Space Odyssey series and Songs of Distant Earth, but Childhood’s End was a little more up my alley. Give it a go if you want to see if you like hard science fiction its a great example of the genre done well.

I'm a tea enthusiast, podcaster, graduated from the Frankfurt School of Cultural Marxism and Wizardry. I write about tea and media with an interest in the ideological content in media and structural analysis. View all posts by Barry

This is the official website for I’m Not An Expert But… a media analysis podcast hosted by Barry Donnelly and Clay Jackson. Barry might post written reviews of whatever he feels like because no one can stop me.

If you know how to use RSS here is the feed for the audio show. https://simplecast.com/s/ff2d1596

Clay declined a funny blurb so I get to write one: Clay Jackson has the power to platinum any video game using the powers of veggie burgers and superior genetics crafted by people from the future who wanted to make a person to send back in time lead humanity to the path of owning a pug and buying a single chicken nugget at Wendy’s and arguing that 4.99 / 5 is .99 cents plus tax. In the future these are important values they want us 21st century cavemen to learn. They should have cast him as Superman in Man of Steel, it would be amazing. Take notes.